The “Spaces of Hope” project is researching and preserving the history of a period when local communities demanded more say in planning decisions. In this guest blogpost, Jack Dangerfield recounts how the Town and Country Planning Association (TCPA) adopted a radical approach to helping people make sense of the planning system.

Over fifty years has passed since the publication of the Skeffington Report on public participation in planning. This report was widely regarded as having had a profound impact on attitudes towards the importance of public participation in planning following the passing of the Town and Country Planning Act in 1968, which, for the first time, put a legal obligation on local planning authorities to consult the public on key decisions. The Skeffington Report set out the mechanisms for how people could influence the decisions about the built environment in which they lived. Public attitudes towards public or citizen participation in planning at the time were eloquently described by Sherry Arnstein when she wrote:

“The idea of citizen participation is a little like eating spinach: no one is against it in principle because it is good for you.”[1]

Despite such widespread enthusiasm for public participation, it soon became clear that a number of excluded groups, for a variety of reasons, were less able to respond to public consultations, and therefore a free-to-use advice service was needed to help more people to take part. Inherent in this thinking was the view that public participation in planning is more beneficial when those participating are truly representative of the population. It was the President of the Royal Town Planning Institute, Jim Amos, who, in 1971, first called for such a service to be established, when stating that:

“It would do much to make the planning process more democratic and sensitive to its effects if a free planning advice service could be made available to those in need.”[2]

However, it was to be the Town and Country Planning Association (TCPA) that first set up a Planning Aid service two years later in 1973. Despite being run on a shoestring budget, the service dealt with as many as 7000 enquiries in its first year, a figure which doubled in its second year of operation. Six years after it was established, the Department of Environment commissioned the University of Reading to undertake a review of the service. It concluded that, of those making enquiries for support from Planning Aid, most resided in London and the South-East of the UK and that it was struggling to reach people from poorer backgrounds. Therefore, it became clear that the service was doing little to achieve what it was set up to do.

A review of articles published in the TCPA’s Planning Aid newsletter demonstrates how the organisation reflected upon this failure in the years that followed. One such article explained:

“Many planners fail to realise that being able to identify and articulate a demand for planning aid is a complex process in itself, because it implies that potential planning aid clients are capable of finding out about planning activity affecting them; perceiving that a particular activity will affect them adversely; desiring to change or oppose that activity; recognising a need for external expertise; locating a planning aid service; and communicating their needs to a planner. Potential clients have to overcome successfully these various obstacles before their concern about a planning issue can be transformed into a concrete demand for planning aid.” (p2)[3]

Those delivering the TCPA’s Planning Aid service quickly realised that it was not enough to simply provide a free advice service and invite members of the public to get in touch. Instead, they needed to go to the people and communities they had been struggling to reach. Another Planning Aid article published around the same time demonstrates the new direction they were taking:

“If a planning aid service wants to provide maximum benefits for those most in need, it must be willing, at the outset, to go into the community, and work with ordinary people…Planning aid should not be content with merely meeting the demands made upon it; it should be equally concerned with stimulating new demands from communities with planning problems, but unable to gain effective access to existing planning aid networks”[4] (p2).

Therefore, in 1983 the service began to take an increasingly radical, community-led approach to its work. The TCPA won grant funding from the Department of Environment to purchase a VW campervan and subsequently launched the ‘Mobile Planning Aid Unit’. The intention was to drive into communities and deliver planning advice across the UK wherever it was needed. A Planning Aid article authored by the Planning Aid service’s coordinators illustrates their intentions:

“We feel the question needs to be asked ‘has grant-aid – so prolific to “radical” groups in recent years – had the unhappy effect of taming any movement for real change in planning?’ Does planning aid, for all its initial vision, merely make the planning system work better?….We believe the quiet decade is over: that it is time for us to come out of our grant-aided boxes and form a national movement for CITIZEN CONTROL OF THE PLANNING SYSTEM.”[5]

The campervan enabled the TCPA to reach parts of the country, and get involved in campaigns, they are likely to not been able to previously. They embarked on a three-year project visiting communities across the UK, often driving into towns and cities unannounced and ready to provide hands-on support to whoever needed their help. One such example is the Divis Flats campaign in Belfast which pulled the TCPA into a long and hard-fought battle to improve appalling living conditions faced by residents. Reflecting on this period in the TCPA’s history, Dennis Hardy wrote:

“The Divis issue had taken planning aid to the sharp edge of urban campaigning, and in the end, it led to the unit’s own downfall. It was also the toughest test for the TCPA of its real commitment to ‘bottom up’ planning and to radical community politics.”[6]

The TCPA’s involvement in the Divis Flats campaign was controversial at the time, leading to a backlash against the organisation from the UK government. The subsequent withdrawal of government funding upon which it relied led to its demise.

It could be argued that the TCPA’s struggle to ensure its Planning Aid service was reaching and addressing the views of all members of the community could be compared to the challenge local planning authorities face when consulting the public on local plans and strategies in the modern era. Of course, in an age of austerity, most local authorities lack the resources to conduct extensive public engagement campaigns and often are only able to simply invite people to comment on plans and strategies. Such an exercise does not address the many barriers faced by sections of the community and, as a result, there is an overrepresentation from people who are well-educated and affluent and an underrepresentation of excluded groups[7] – for example children and young people, people with disabilities, and ethnic minorities.

Therefore, if we agree that the genuine participation of all sections of the community in planning is fundamentally a good thing, then there is something very wrong with the way most consultation exercises are currently carried out. Perhaps we can learn from the TCPA’s experience that, if we are to make planning more inclusive, then we need to dedicate the time and the resources to going into communities and engaging with people from different backgrounds in the places they live. It is not enough to launch a consultation and simply invite people to comment on a plan, we need to find ways to get people excited about the potential for planning to transform their neighbourhoods and improve their lives for the better.

Planning Aid in Practice (No.25). In Town and Country Planning.

Planning Aid in Practice (No.25). In Town and Country Planning.

Planning Aid in Practice (No.30). In Town and Country Planning.

About the author: Jack Dangerfield work as a planner for a local authority and has carried out research of the TCPA archives as part of his Masters degree in Town Planning. 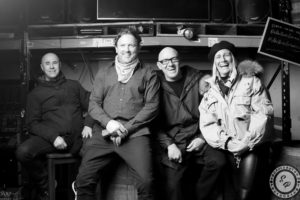